An island in the North Sea dedicated to green hydrogen production

It requires ambitious solutions, innovative technologies, and the courage to think big. A new Danish energy island dedicated to large-scale production of green hydrogen from offshore wind in the North Sea - a "Hydrogen Island" - will be a crucial step for securing Europe’s future green, independent energy supply. A step that, with Denmark as a first-mover, will pave the way for accelerating the deployment of offshore wind in the North Sea, where unprecedented amounts of green hydrogen and electricity will replace European production and import of oil and gas.

The Hydrogen Island provides a concrete solution to securing the North Sea's role as Europe's future green power center and achieving the North Sea Summit pledge of 150 GW of offshore wind by 2050.

“With the Hydrogen Island, Denmark shows the rest of the world how the green transition can be turbocharged, and how Europe can become independent of Russian gas, if you dare to think big, internationally and in integrated systems. Wind energy will be harvested on a large scale out at sea, tied together by energy islands, converted into green hydrogen, and transported across borders via offshore hydrogen infrastructure. The opportunities are significant, and the Hydrogen Island is the first step in that direction”

In the future, energy islands will form the cornerstone of large-scale deployment and integration of renewable energy worldwide. The Hydrogen Island can become a showcase for Danish competencies within offshore wind, Power-to-X and green energy systems. This will lead to new export opportunities for Denmark, and thus contribute to significant economic growth and local job creation.

The island is expected to be placed on the Danish part of Dogger Bank, around 200 km off Denmark's west coast. Consisting of a 20,000 km2 sandbank, the area offers some of the world’s best conditions for producing low-cost green electricity, due to low water depths and strong winds. As such, the area is expected to become a central hub for the future build-out of offshore energy infrastructure in the North Sea. With Hydrogen Island, Denmark therefore has a unique opportunity to secure a strategic role in relation to the expected development of a wide-ranging network of offshore infrastructure, spanning from energy islands to power cables and hydrogen pipelines, across the North Sea's territorial boundaries.

The island will be connected to 10 gigawatts of offshore wind. The energy production will be enough to power approximately 10 million European households.

Large-scale hydrogen production facilities will be established on the island, which will be able to convert renewable energy into green hydrogen via Power-to-X. At full capacity (10GW), the island is expected to produce around 1 million tonnes of green hydrogen, corresponding to roughly 7% of Europe's expected hydrogen demand in 2030.

A pipeline will be used to transport the green hydrogen to northwestern Europe (e.g. Germany, the Netherlands, Belgium), where significant demand is expected.

For many years, oil and gas have formed the basis for energy production in the North Sea. Now, a green energy transition is on the horizon, with ambitious renewable energy targets, where energy is harvested from the North Sea's inexhaustible wind resource and transformed to green hydrogen. New electricity and hydrogen connections will ensure efficient utilization of offshore wind and increase security of supply, while old oil and gas pipelines will be converted to hydrogen transport. All of which will be tied together by energy islands which allow for production of sustainable energy on an unprecedented scale.

The North Sea will thus become the green powerhouse for Europe's future energy system with an estimated offshore wind potential of 180GW. This will make Dogger Bank a central hub for the offshore infrastructure of the future. With its long coastline and large sea area, Denmark has a unique opportunity to define where the infrastructure will be established. Hence, Denmark can secure a large market share and at the same time increase the value of the Danish seabed. This requires that Denmark is first in placing an energy island in the Dogger Bank area, as energy islands in other countries already are under development.

“It is important that the Danish flag is placed quickly and strategically optimally in the new expansion of a green energy infrastructure in the North Sea. This will help to ensure that both the current and future Danish and European generations can continue to benefit from the sustainable and inexhaustible energy source that the North Sea wind offers” 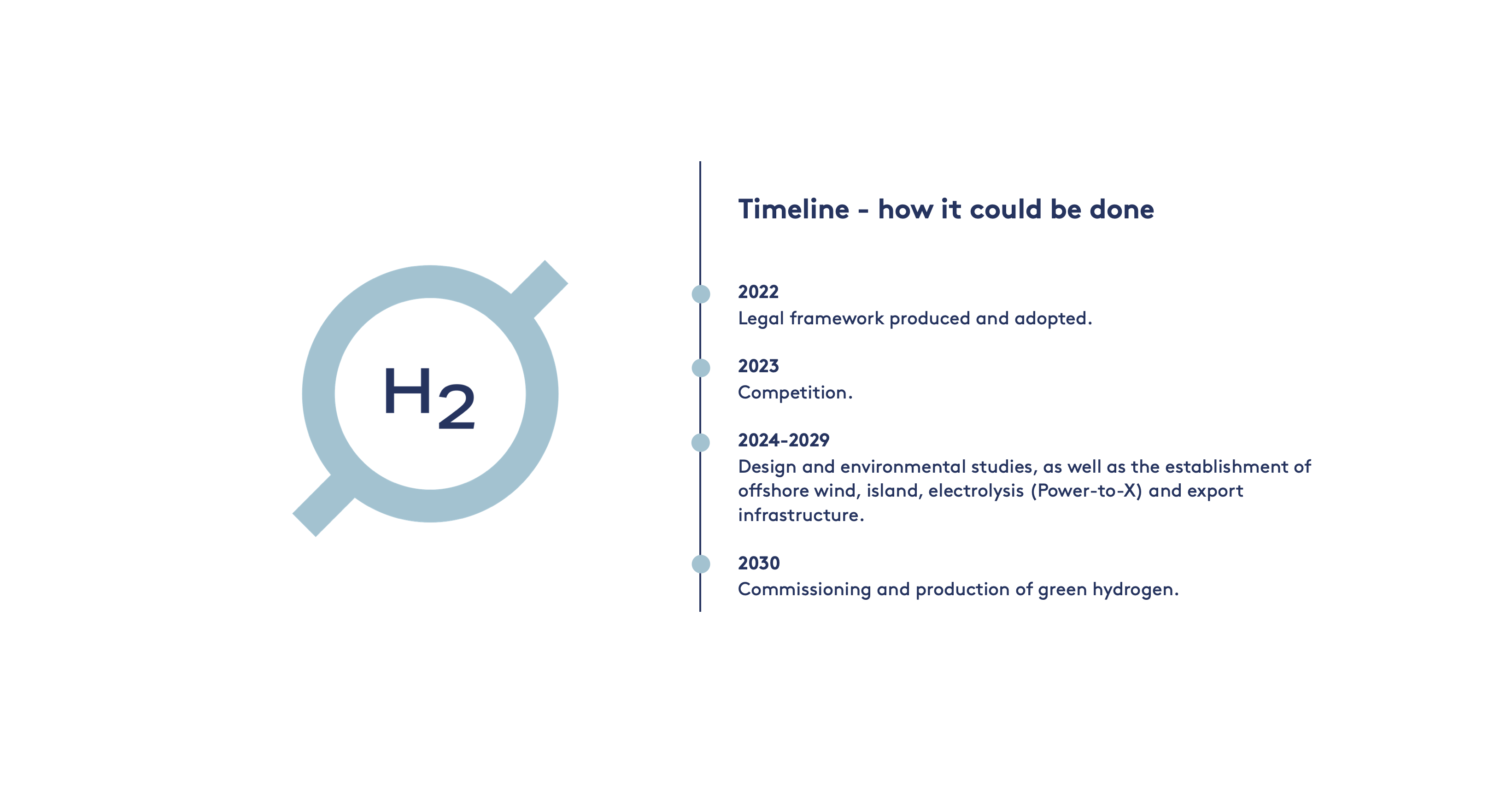 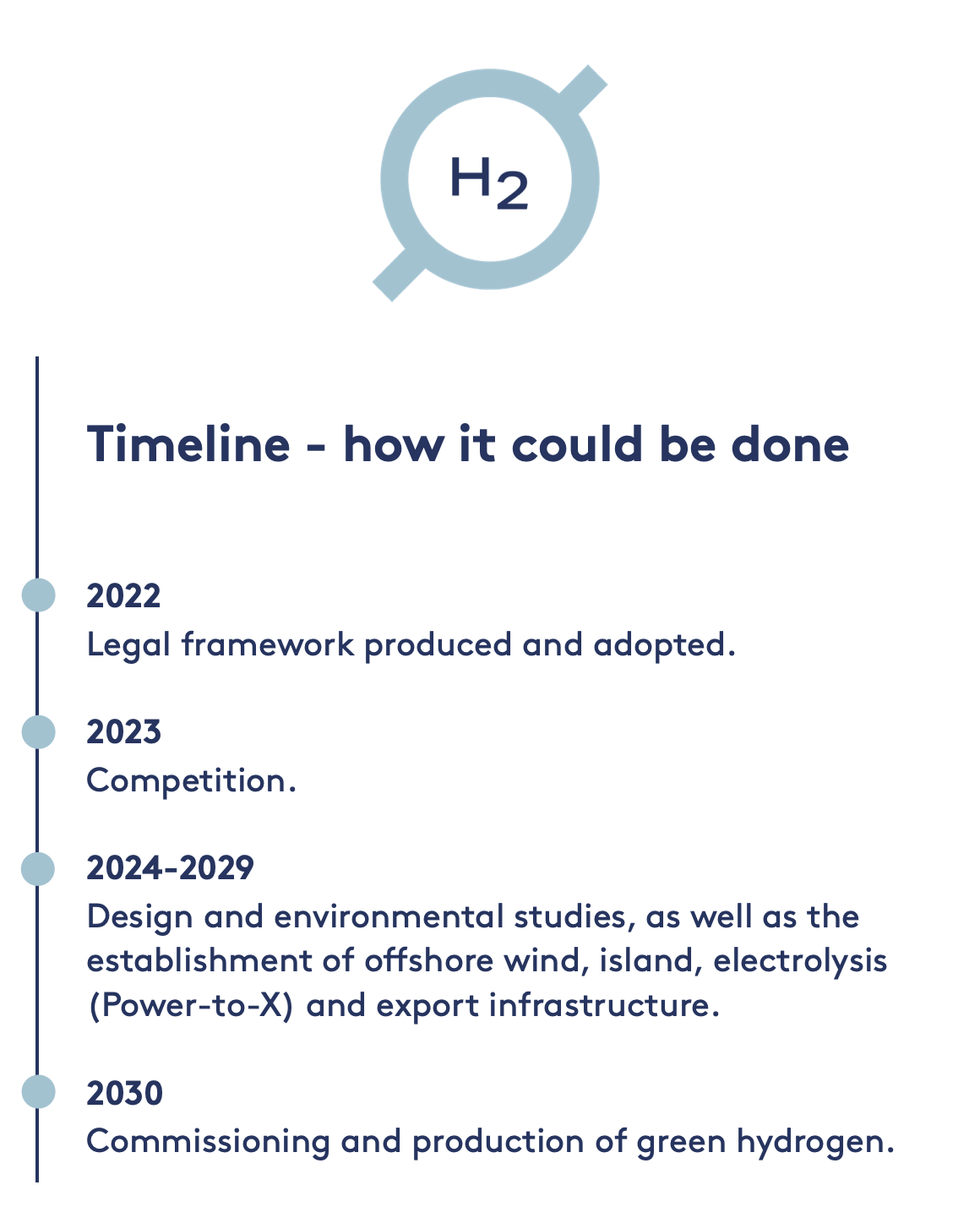 Copenhagen Infrastructure Partners P/S is the world's largest dedicated fund manager within greenfield renewable energy investments, and a leader in offshore wind globally. At COP26 CIP announced the ambition and a roadmap for increasing and accelerating its role in delivering on the energy transition by deploying EUR 100bn into green energy investments by 2030.

Our way of working

Our team consists of highly experienced specialists with relevant industrial backgrounds and skills within engineering, structuring and de-risking, construction and operation, as well as mergers & acquisitions and project financing.

We work based on trust, reliability, and mutual value creation through a large network of longstanding industrial partnerships with some of the most experienced best-in-class industry specialists.

We invest based on a high ESG standard, and our projects have a positive impact on the environment and aid high quality job creation guided by the UN Principles for Responsible Investment (UNPRI).

We get things done ensuring development projects are optimized and de-risked, and construction projects are completed to specification within budget and time.